The Asian Species Action Partnership (ASAP!) is an interagency coalition established to address the extinction risk among the most threatened land and freshwater vertebrates of Southeast Asia.

A comprehensive Global Mammal Assessment in 2008 implemented for the IUCN Red List of Threatened SpeciesTMrevealed that Southeast Asia had by far the highest concentration of species on the edge of extinction of any largely continental region in the world.

Similarly worrying patterns emerged in the illegal trade for reptiles in the region, indicating that there has been an explosion in urban markets for wildlife meat and medicinal products over the last few decades.

ASAP can be seen as an emergency call to bring together conservation organizations in an effort to focus attention on a region that, without further intervention and immediate action, is likely to see the demise of much of its unique biodiversity.

A leader for 65 years, AVI is an Australian not-for-profit organisation committed to achieving economic and social development outcomes across Asia, the Pacific and the world.

AVI invites change. They connect people to bring about change by sharing their skills, knowledge and experience through international pathways and networks.

They combine our extensive cross-sector networks with an evidence-based approach, which contributes to economic, social and environmental change for communities in our region and beyond.

And as they support and co-design locally driven initiatives that help stimulate sustained outcomes, rewarding relationships between Australians and our international peers are made.

Located just north of Ubud we are away from the hustle and bustle of the town yet within walking distance, or a few minutes away by our complimentary shuttle service. It’s the perfect location to explore Ubud and its surrounding attractions.

The Best Western Premier Agung Resort Ubud looks out over the jungle and surrounding rice fields and offers well-appointed rooms with contemporary Balinese decor, an infinity pool on two levels, restaurant, spa and a range of activities that allow guests to experience Balinese culture and Ubud at their best.

In accordance with the Decree of the Minister of Forestry Number: 6187/Kpts-II / 2002 dated June 10, 2002 on the Organization and Work of Natural Resources Conservation Center, two aspects of the Bali BKSDA main tasks are:

To organize the tasks, KSDA Bali has a function:

The Zoological Society of Cincinnati was founded in 1873 and officially opened its doors in 1875, making the Cincinnati Zoo & Botanical Garden the second oldest Zoo in the United States. The Zoo’s original animal collection was very small, originally consisting of just eight monkeys, two grizzly bears, three deer, six raccoons, two elk, a buffalo, a hyena, a tiger, an alligator, a circus elephant, and over four hundred birds, including a talking crow. The Zoo was founded on 65 acres in the middle of the city, and since then has acquired some of the surrounding blocks and several reserves in Cincinnati’s suburbs.

Opened in 1971, Jurong Bird Park is the largest bird park in the region, offering a 20.2- hectare hillside haven for more than 5,000 birds, representing over 380 species. Committed to its efforts in conservation and exhibiting birds in naturalistic settings, the Bird Park creates simulated natural habitats from the grasslands of Africa to the rainforests of South America for different bird species.

In October 2010, Raja Segran, General Curator of Jurong Bird Park, along with three members of his team, took part in the first-ever two day audit of Bali Starlings on Nusa Penida organised by Begawan Foundation. This audit was important because it served as an official census of the Bali Starlings in the wild, with a total of 52 birds sighted, including a flock of 22 birds.

Following that visit, an initial agreement between Begawan Foundation and Wildlife Reserves Singapore (WRS), holding company for Jurong Bird Park, was signed in April 2011, with funds provided for ongoing foundation programmes. This sponsorship enabled Begawan Foundation to construct new Bali Starling breeding enclosures and to install a CCTV to observe breeding behaviour. Begawan Foundation continued with a programme of research and education, focusing on Nusa Penida and the wild flock, in line with WRS's mission on conservation through education, with a focus on endangered species.

As part of the agreement, three Bali Starlings were sent by Jurong Bird Park to Begawan Foundation in 2011 to pair with local Bali Starlings, with an aim to increase the genetic diversity of the Bali Starling population overseas.

An amended Memorandum Of Understanding (MOU) between Begawan Foundation and Wildlife Reserves Singapore was signed in November 2012. This new MOU is effective until the end of 2015 and sees WRS playing a stronger role in the Bali Starling breeding and release programme in Bali.

WRS has continued through to 2020 to be a financial supporter of Begawan Foundation, providing funding for the ongoing breeding and release of the Bali Starling, along with supporting the foundation’s education programs, both within schools and after school. These programs, designed to provide meaningful education for the younger generation, assist the local community to be aware of the need to protect and conserve the environment, in order for the Bali Starling to, once again, be seen flying freely.

OPCFHK is committed to advocating, facilitating, and participating in effective conservation of Asian wildlife, with an emphasis on Chinese white dolphins and giant pandas, as well as their habitats through partnerships, fundraising, research, and education. It envisions a world where Asian wildlife remains biologically diverse under the stewardship of humans, corporations, and governments.

Since its expansion in 2005, OPCFHK has allocated over $58 million to fund over 400 research projects on cetaceans, giant pandas and many other species.

Begawan Foundation has received their support towards our education and community involvement in the breeding and conservation of Bali Starling.

RARES Foundation also supports acquisition of information required for threatened species recovery for example thru development of Husbandry Guidelines for threatened species or their analogues; both as a means of providing information to assist in the appropriate intensive management of a species (and to encourage additional participants and indeed communities to become involved in recovery and restoration), but also because the information forming Husbandry Guidelines is of value to modelling such as the Population Viability Assessments mentioned above.

Six Senses Uluwatu, Bali is in Pecatu, Uluwatu in the southernmost tip of Bali which is the home of the iconic Uluwatu temple where centuries old tradition and reverence mixes with beautiful beaches, inviting surfing spots and an eclectic wellness and dining scene. The Balinese inspired Resort sits atop a cliff with breathtaking views of the Ocean and inspiring dining.

Together, Species360 members curate the Zoological Information Management System (ZIMS), the world’s most comprehensive open database of knowledge on more than 22,000 species. ZIMS vastly increases what is known about thousands of species, and is instrumental in identifying sustainability strategies for many of the species assessed as vulnerable, endangered, and extinct in the wild.

The World Parrot Trust (WPT) is an international leader in science-based, results-oriented, parrot conservation and welfare efforts. It is a dynamic international charity, with a clear objective for the protection of parrots -- one of the most threatened groups of birds on earth.  Since 1989, WPT has led conservation and welfare projects in 42 countries for 66 species of parrots, focusing on developing immediate and long-term conservation strategies built on established scientific principals.

Direct actions include conducting field research on little known species, supporting the rehabilitation, release and reintroduction of threatened and endangered parrots, assisting in the purchase of critical habitat areas, encouraging ecotourism, and facilitating educational programs locally and worldwide. To help achieve these goals the WPT works with local and regional partners including individuals, organizations, landowners, government representatives, and indigenous populations.

World Parrot Trust is a major supporter of the foundation's programme to bring back the Mitchell's Lorikeet to Bali. This species has not been seen in Bali for a number of years.

Learn more about parrots and the World Parrot Trust at: www.parrots.org

YLAI is a non-profit foundation that aims to develop a reading culture, and a love of reading amongst Indonesian primary aged children in all schools throughout Indonesia. It provides training in innovative reading methodology, and provides specific support in how to implement a strong Indonesian reading program in primary classrooms. YLAI therefore aims to provide quality reading books, resources, and teacher guides for use in classrooms and libraries in Indonesia. It also works to develop the skills of writers and illustrators of children’s books to meet the demand for innovative and enriching experiences through literacy.

Zoo Knoxville works with other zoos accredited by the Association of Zoos and Aquariums (AZA) on a collective Species Survival Plan for all animals that live in AZA-accredited zoos in North America. Working together, they can maintain a healthy, genetically diverse population in zoos to ensure we don’t lose animals to extinction when wild populations are in peril.

Zoo Knoxville is also involved with conservation work in the field, with award-winning recognition for our efforts to save East Tennessee’s endangered bog turtle and ongoing research with native hellbender and mudpuppy salamanders. Staff members travel to far-flung places like the Komodo Islands, Madagascar and Indonesia to study animals in their native habitats.

Every guest that visits Zoo Knoxville also helps save wildlife and wild places. The “Quarters for Conservation” program gives 25 cents of every zoo ticket sold to on-going conservation programs around the globe.

Begawan Foundation has been selected as a recipient for the 2019 Quarters for Conservation program . 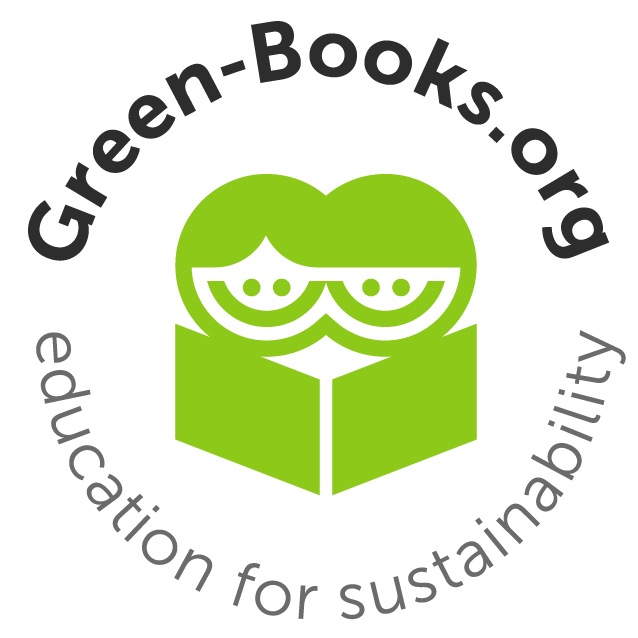